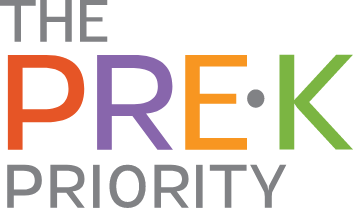 The Pre-K Priority Presents a Community Screening of “Starting at Zero: Reimagining Education in America”

WINSTON-SALEM, NC (Nov. 13, 2020) – The Pre-K Priority, a coalition of education, childcare and community leaders in Forsyth County, invites the community to view an award-winning documentary exploring the critical importance of high-quality Pre-K in helping children reach their full potential. The virtual screening of the film “Starting at Zero: Reimagining Education in America,” featuring former N.C. Gov. Jim Hunt, will be available at no charge starting Sunday, Nov. 15 to Sunday, Nov. 29. A registration link to the screening is available on News & Events page of The Pre-K Priority website, prekpriority.org and social media.

“Through the power of film, ‘Starting at Zero’ demonstrates how investing in high-quality Pre-K produces deep and long-lasting returns when it comes to the future of our community and our workforce,” says Bob Feikema, President and CEO of Family Services and the convener of The Pre-K Priority. “The message of this film is clear – at all levels of government – we need to spend the dollars necessary, so every child has access to a high-quality Pre-K program.”

“No matter where you sit politically or economically, the solution for moving our country forward in the 21st century is early childhood education,” says Rebecca Berlin, Ounce of Prevent Fund senior vice president.

Currently, only 27 percent of eligible children in Forsyth County are enrolled in NC Pre-K. This puts Forsyth County among the very lowest in the state serving the percentage of eligible children in the program among counties of similar size. The goal of The Pre-K Priority is to provide every four-year-old in Forsyth County with the opportunity to attend a high-quality Pre-K program. Earlier this fall, The Pre-K Priority hosted a series of events including community conversations around equity, quality, and impact. In addition, the group released its Equity Report outlining the stark challenges and disparities facing preschoolers and their families in Forsyth County.

“This is an American issue if there’s ever been one,” says former Gov. Jim Hunt in his interview for the film.

ABOUT THE PRE-K PRIORITY

The Pre-K Priority was formed in 2014 as a coalition of education, childcare and community leaders with the goal of providing every four-year-old in Forsyth County with the opportunity to attend a high-quality Pre-K program. Our studies and reports document that Pre-K providers in Forsyth County are prepared to increase the quantity and quality of their programs. Most importantly, surveys have found that 90 percent of parents with young children would enroll their children in affordable, accessible, high-quality Pre-K programs were they available. For a complete listing of The Pre-K reports, visit www.prekpriority.org/learn-more/read.

Back to News & Events